Details
Is Short-Term Online Career Training Right for You? Take the Free Quiz

MedCerts is committed to the health and well-being of our students and colleagues. We are taking all the right precautions to ensure our MedCerts Student Enrollment Consultants, Advisors (and the whole MedCerts team) stay safe.

At this time, we anticipate NO INTERRUPTIONS in the ability to enroll new students, as well as the support or service of our existing.

Thank you for being part of the MedCerts community!

MedCerts is proud to announce that we have been designated a 2017 Military Spouse Friendly School by Victory Media, the publisher of G.I. Jobs, STEM Jobs, and Military Spouse.

The Military Friendly School title isn’t simply awarded to any and every school that admits military students, nor is it a moniker that an institution can self-assign. It is specifically to recognize the top schools in the country who devote the most effort towards welcoming military spouses and providing them with the resources to be successful from the classroom to the workforce.Not only have we been named a Military Spouse Friendly School for the second year in a row since Victory Media launched MSFS designation in 2016 but we have been rated as the #1 Military Spouse Friendly School in the non-traditional institution division this year. Rightfully so because many of our students will tell you that MedCerts is so much more than your traditional school!

The mission of Military Friendly is to create maximum professional opportunity for our nation’s military service members, veterans and military spouses. 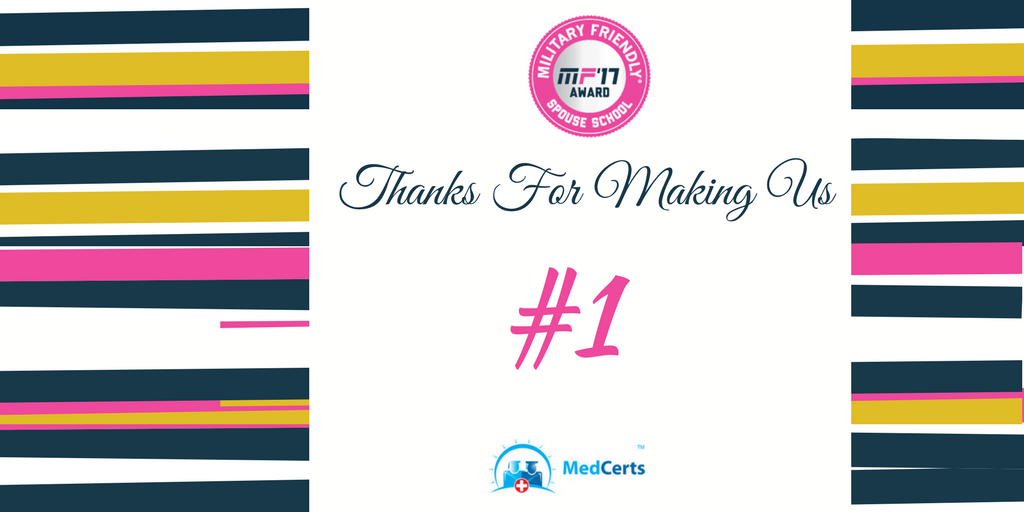 Not only have we been named a Military Spouse Friendly School for the second year in a row since Victory Media launched MSFS designation in 2016 but we have been rated as the #1 Military Spouse Friendly School in the non-traditional institution division this year. Rightfully so because many of our students will tell you that MedCerts is so much more than your traditional school!

MedCerts, with its self-paced and flexible MyCAA-approved programs, is ideal for military spouses because they lead to national certifications in portable, high demand career fields that can be taken from base to base. MedCerts is one of only 42 online-only schools to have made the Military Friendly Schools list last year.

“I am a military spouse and I qualified to take a course in Medical Billing and Coding” Patricia Vergara, a CBCS and CEHRS student stationed in Japan, said. “It’s a $4,000 course but since I qualified (for MyCAA) they were able to pay for my school so I decided to take advantage of that. I can honestly say that my personal experience, it was very easy to apply. I called in and I got everything taken care of - my financial aid and everything - that same call. They gave me a call when it was time to start up my program and walked me through it. They have all the papers explaining exactly what you need to do and step-by-step instructions on how to use their program. So I really like it, it was very simple and easy to understand. It wasn’t at all complicated.” 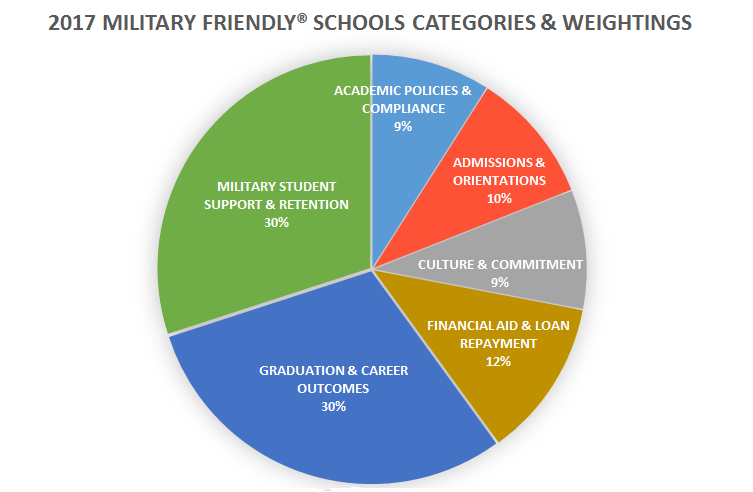 “We try our very best to serve military families that dedicate their lives to preserving the freedoms we hold dear.,” said Michael Colvin, President at MedCerts. “The MedCerts family is elated to have been selected a Top 10 Military Friendly School for 2017. A strong belief in lifelong education and continuous advancement for our military community both during and after their service is held close as a pillar of our school. “

“This is a really well-organized program. I’m really happy with it...If you are not doing it and you’re a military spouse, you have to. This is a great opportunity for you to take advantage and just do it.” says Patricia on her YouTube Channel. “They are really great people and everyone that I have spoken to has been really nice. I would recommend this program to anyone looking into any health careers and looking to get certified in that branch.”

See what other military spouses are saying about our programs:

To honor this special commemoration, we’re sharing our list of top 10 movie...

MedCerts, one of the nation’s leading online healthcare and IT certificatio...

How to Get Your Medical Office Certification

The healthcare field is growing quickly. The Bureau of Labor Statistics exp...

Why Medical Billing Programs Are a Great Use of WIOA Funding

If you have customers who are looking to launch new careers, there's no dou...

Traditional hiring methods aren't working. The demand for IT personnel is s...